We are led to believe that fat loss is simply a question of enough exercise and the right diet.

Yet so many of us stick to a good exercise regime and a healthy eating plan and still can’t get rid of stubborn fat around the tummy, thighs, and hips.

Why? The real reason you can’t shift stubborn weight is simple – the fat cells in problem areas are different from cells elsewhere and less adept at releasing fat.

It all comes down to what is known as receptors – the chemicals in your cells that trigger the release of fat.

Receptors in stubborn fat cells aren’t as good at releasing fats as other receptors – and that means that the exercise and food that helps you lose weight elsewhere often won’t have the same effect around your tummy, hips and thighs.

Most of Us Don’t Understand the Process of Fat Loss

When you lose weight, what happens to the fat cells in your body? 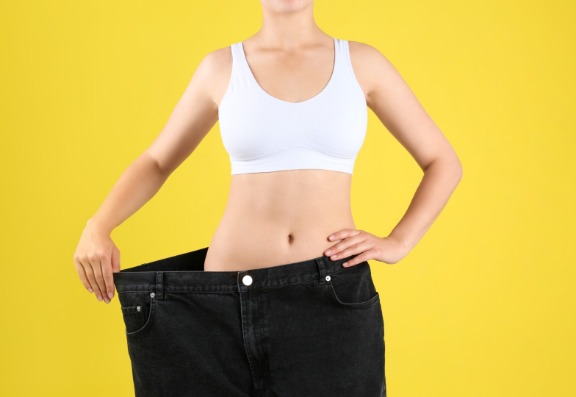 The correct answer is fat cells get smaller!

If you don’t understand what happens to fat cells when you lose weight you are not alone.

They surveyed 855 people and 73% of them could not identify what actually happens to fat cells when you lose weight.

Misunderstanding some fundamental basics of how fat cells work means we expect ourselves to be able to shift stubborn fat and lose weight easily without thinking about the biological facts.

The Science Behind Stubborn Fat, What Happens to Fat When You Lose Weight?

The process of losing fat from your fat cells is called lipolysis. When you lose weight you don’t destroy fat cells, instead the fat cells shrink.

Imagine a fat cell as a beach ball – if you only fill it up with a little bit of air, the ball will stay small. If you blow in a lot of air it will expand. Fat cells work like this, adjusting to the amount of energy that your body creates in the form of fat.

When your body needs energy it sends out signals to your fat cells to release this energy via hormones. When the fat cell receives the message from the hormones, triaglycerol (the scientific name for the fat in your cells) is released into the blood stream to be transported to the muscles and organs that need the energy.

If your body isn’t getting all of this energy from your food, then it calls on your fat reserves.

Why Is Some Fat More Stubborn Than Other Fat? Not all fat cells are not created equal.

The part of the fat cell that receives the hormone message to release fat is known as a receptor. There are different types of receptors at work in fat cells. In simple terms, beta receptors are better at releasing fat than alpha receptors. Fat cells around the hips, stomach and thighs have a higher density of alpha receptors than other fat cells, the exact areas where most people have stubborn fat.

So the physiology of these cells means it is much harder to actually shift that fat.

The exercise and food choices you are making may well be triggering the right hormones to tell these fat cells to release triacylglycerol, but the receptors receiving the message aren’t very good at hearing it.

This is why exercising and healthy eating can get you so far, but why some areas just seem to stay the same size. This doesn’t mean it is impossible to lose that stubborn fat! So, what are the options? 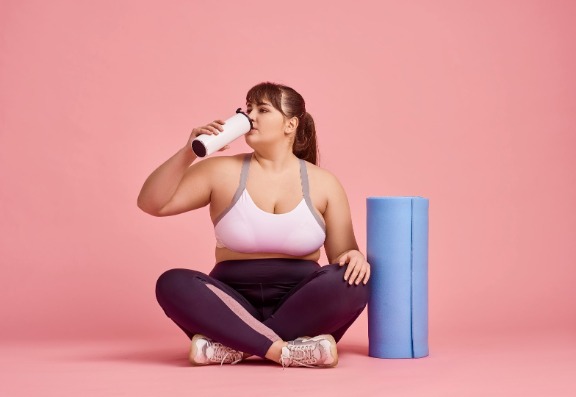 How to Shift Stubborn Fat

Intense, short, regular sessions of exercise will help to work away at stubborn fat. If you already exercise, try changing your routine to sessions of at least 30 minutes, 6 times a week.

If this doesn’t do the job you can step this up to incorporate 2 of these 30-minute exercise sessions. It is also worth mixing up the type of exercise you do. High-intensity Interval Training is often recommended to improve your metabolism, which can aid in shifting stubborn fat.

Healthy eating has to coincide with exercise. If you are going to undertake intense exercise, however, you need to make sure you are taking in the right kind of calories to sustain energy levels during exercise whilst also making sure you lose weight. It is worth booking a session with a personal trainer at the gym or a dietician to discuss the best food choices to match your exercise regime.

Non-invasive laser treatment is designed for the exact purpose of shifting stubborn fat without having to commit to intense exercise and diet changes. All too often these changes require an amount of energy and time that most of us simply do not have. When exercise and healthy eating doesn’t work, you’re left feeling disappointed and even less motivated to stick to a labour-intensive new lifestyle.

If you’ve put in the work to reduce your weight, Cynosure believes that laser treatment is the perfect icing on the cake to help slim down that last little bit of excess fat. The difference is that you don’t just reduce the size of your fat cells, as with other forms of weight loss, the fat cells themselves are actually destroyed.

Once fat cells have gone they cannot be regenerated except in extreme and specific circumstances. These are if you put huge amounts of weight on (so your lifestyle drastically changes) and during pregnancy.

So if you continue with the lifestyle that has kept you at the weight where you only have stubborn fat – you will be able to maintain your new, slimmer look without having to maintain a stricter diet or increase exercise.

If you want to read more, the experts at Consulting Room really know what they're talking about and have put together some fat reduction and sculpsure FAQs just for you.

If you have more questions, you can use the fat reduction and sculpsure treatment questions feature to talk to our panel of trained medical experts.

If you're keen to get started with any of these treatments right away then you're in luck - those clever folks also have a list of trusted, accredited fat reduction and sculpsure clinics in your area.