Should Save Face Regulate the Aesthetics Profession? 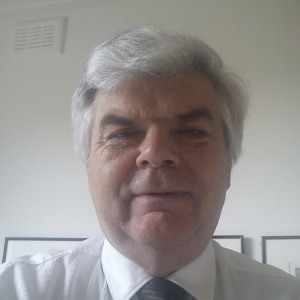 Are you aware that a private company wants to become the regulator of our profession?

It is difficult to be neutral about Save Face. Some are glad that there is a voice that is fighting to protect both the public and trained aesthetic professionals from the untrained ‘cowboy’ injectors, while others are incensed that a private, for-profit company not owned or run by doctors should set itself up as a self-made regulator to ‘accredit’ practices.

This debate is hotting up because Save Face and Treatments You Can Trust (TYCT) are both applying for accreditation of their registers by the government-backed Professional Standards Authority (PSA), to be seen as in effect the officially recognised regulators of training and professional standards of the aesthetics industry. The PSA has 19 independent registers (organisations) on its Accredited Registers list, primarily for professions such as hypnotherapists, homoeopaths and psychotherapists etc. who have no statutory regulator. The National Hypnotherapy Society, like most of the others, is a not-for-profit organisation run by its members for members and has the confidence of the profession as a whole. The PSA tell me that it is not the norm for registered organisations to be for-profit for the benefit of their shareholders.

Should Save Face or TYCT be allowed to become the de-facto regulator of professional standards and training, especially since their motives are clouded by the desire to make a profit?

Section 5 of the PSA’s rules require that any organisation such as Save Face and TYCT when requesting accreditation should have the confidence of the profession as a whole. In my opinion, Save Face do not have this confidence and are misrepresenting the support they do have. Their very many marketing emails do not give the opportunity to disagree and instead invite you to seek "accreditation" with Save Face for a substantial fee. Their request for support also confuses two questions - whether the industry should be regulated and whether Save Face should do this. If I had had the opportunity to answer their marketing emails with a "No" then I would have done.

Both Save Face’s and TYCT’s applications for PSA accreditation are well underway. The PSA now has a Call for Information to allow people to give their views in relation to Save Face, which officially closes on 24th March 2016. However this date is NOT binding, and they will consider later submissions.

Whatever your views, I believe it is important for you to write to the PSA as soon as possible with your opinions, and also write to as many of your colleagues as possible so they know how to join the debate. Email the PSA: accreditationteam@professionalstandards.org.uk

You can also immediately add your views to this debate by commenting on this blog and responding to others.

For more information on Save Face, please see their FAQ page for practitioners.