Viva Las IAAFA! A Round-up of This Year’s Meeting. 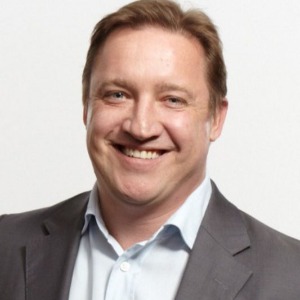 I recently attended the Annual Conference of the International Academy of Advanced Facial Aesthetics (IAAFA), held at the Royal Society of Medicine on 3rd & 4th September 2010.

The meeting, now in its fourth year, saw a good cross-section of the U.K. aesthetic industry, from surgeons and dermatologists to doctors, dentists and nurses, with approximately 250 delegates in attendance.

I felt that it was a well organised event with a variety of lectures and workshops, plus a good selection of exhibitors, including ABC Lasers, Merz Aesthetics, Galderma, Skin Brands, Hamilton Fraser and Wigmore Medical to name but a few, along with a lot of suppliers of things to do with teeth – I’ll admit, not my area!

IAAFA President, Dr. Bob Khanna gave a very good presentation about a new technique for lip augmentation, showing us all how to ‘create the heart-shaped lip’. Also, Consultant Dermatologist Geoff Fairris enlightened us on how ‘less is more with dermal fillers’, something many a celebrity could learn from. I too gave a presentation on ‘how to set up a successful aesthetic clinic’ which I’m pleased to say was very well attended and bodes well for the growth in the UK aesthetic marketplace, despite talks of recession.

"This year's IAAFA conference was a huge success. I was overwhelmed by the positive feedback from the delegates and exhibitors. The delegates were truly treated to a bonanza of cutting edge techniques and treatments and we encouraged a didactic atmosphere throughout the 2 days. All the guest speakers thoroughly enjoyed the event too - so we can't wait until IAAFA 2011!"; said Bob.

The final highlight of the weekend came in the form of the Las Vegas themed charity ball, featuring some scantily clad women with ostrich feathers in their hair; I wasn’t complaining! My only disappointment was that Bob Khanna was not dressed as Elvis!

As well as enjoying the vodka luge, guests also raised lots of money for the Make a Wish foundation through a raffle and charity auction.