How to Identify the 5 Different Types of Melanoma

Up to 86% of skin cancer cases in the UK alone are preventable according to Cancer Research UK. Despite this, thousands are still neglecting to carry-out simple skincare routines, such as applying sun protection during the warmer months.

Skin cancer affects over 100,000 people in the UK alone, with a further 2,500 losing their lives because of it.

Knowing how to identify skin cancer can save someone’s life, which is why it’s important to visit your GP or a dermatologist if you notice a sudden change in your skin. This is mainly to ensure that nothing is out of the ordinary, but if there are signs of skin cancer, your dermatologist will be able to recommend a treatment plan unique to you.

Self-diagnosis through reading articles online can often be dangerous.

They should be taken as an indication, not conclusive evidence. If you do suspect something, arrange a consultation with your doctor or dermatologist to ensure it’s nothing serious. 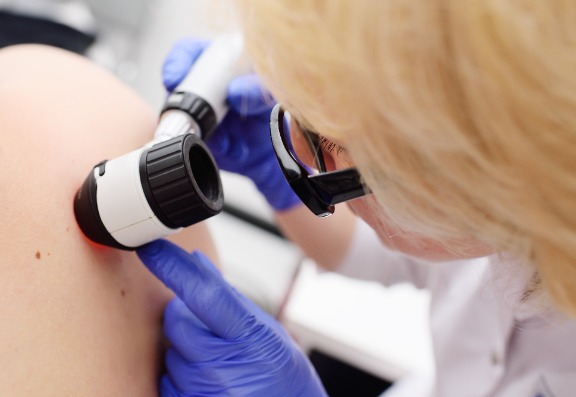 Below, we have described the symptoms of the 5 different types of melanoma:

Amelanotic Melanoma
Known for being extremely difficult to spot, amelanotic malignant melanomas are characterised by their pink or colourless appearance. These types of melanoma are often confused with eczema due to their aesthetic similarities. Careful examination is required for an accurate diagnosis. Regular mole check-ups will help identify them before they develop further.

Acral Lentiginous Melanoma
This is a rare melanoma and predominantly affects patients of African and Asian origin. Its appearance can be characterised by a flat mark composed of different shades of brown and black. This melanoma is commonly found on the feet, palms of hands and underneath fingernails.

It can be particularly difficult to spot because it can look like a regular mole. It's highly unlikely that a person without a background in dermatology will be able to correctly identify this type of melanoma, so it’s strongly advised to visit a dermatologist to confirm its appearance.

Lentigo Maligna Melanoma
Another rare type of melanoma, making up only 10% of the skin cancer cases in the UK. While they are easier to identify in contrast to acral lentiginous and amelanotic melanoma, they take time to develop, so it remains tough to spot them during early development. This type of melanoma is found on elderly people, particularly those who have spent long periods of their life in the sun, without adequate sun protection.

They are characterised by their brown, flat appearance and are usually over 1cm in diameter. Removal at this stage has an excellent prognosis. However, the longer it is left untreated, the worse the prognosis becomes.

Nodular Melanoma
Nodular melanoma skin cancers are known for developing quickly and growing downwards into your skin. It is here where they form nodules, which if left untreated can lead to a poor prognosis. It can develop over a couple of months, starting at a size of roughly 1-2mm and growing to around 5-10mm. This type of melanoma is responsible for 20% of all cases in the UK and can be characterised by their dark brown or black colour and they can bleed and become ulcerated in some cases.

Superficial Spreading Melanoma
This is thought to be one of the most common types of melanoma, making up almost 70% of skin cancer cases. This type of melanoma is often found on the head, neck and torso and can be identified by their irregular shape, brown/black colour and size of around 6mm. In some cases, this type of skin cancer can be ulcerated and bleed. Although it is slightly easier to spot than other skin cancers, it usually takes around 6-18 months to develop before the patient becomes aware of it.

Additionally, they tend to grow outwards, rather than downwards. While outward-growing melanomas are typically less aggressive than downward-growing, they still need to be checked to ensure they do not end up growing down into the skin. This is where they can become dangerous. 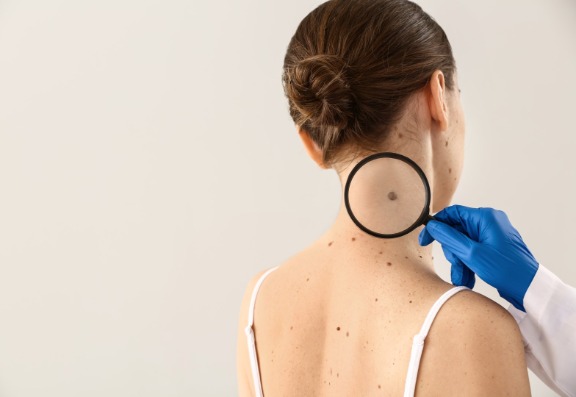 Carrying out regular mole checks is incredibly important and can be the difference between an excellent prognosis and a poor one.

Checking your body regularly for new moles or skin patches is equally as important.

Knowing your body will help you keep track of any abnormal changes which you can then inform your doctor or dermatologist about.

This article was written by Rowan Joseph-Lake, in collaboration with Bav Shergill, BSc, MBBS, MRCP - Consultant Dermatologist at The McIndoe Centre.

If you want to read more, the experts at Consulting Room really know what they're talking about and have put together some Moles, Warts, Skin Tags and Benign Growth FAQs just for you.

If you have more questions, you can use the Moles, Warts, Skin Tags and Benign Growth questions feature to talk to our panel of trained medical experts.

If you're keen to get started with any of these treatments right away then you're in luck - those clever folks also have a list of trusted, accredited Moles, Warts, Skin Tags and Benign Growths clinics in your area.

Many thanks to the author Dr Bav Shergill who is a Consultant Dermatologist at Brighton General Hospital and Queen Victoria Hospital, East Grinstead.

Dr Bav Shergill graduated from Guy’s and St Thomas’ Hospitals, London in 1996 and has gained a wide range of general dermatology experience through posts at a variety of London hospitals.

After completing his registrar training, he received specialised training in skin cancer surgery and laser surgery at the St John’s Institute of Dermatology, London.

He is one of a small number of dermatologists in the country who have received recognised training in Mohs surgery for the treatment of skin cancer and has recently set up an award-winning Mohs unit at Queen Victoria Hospital. 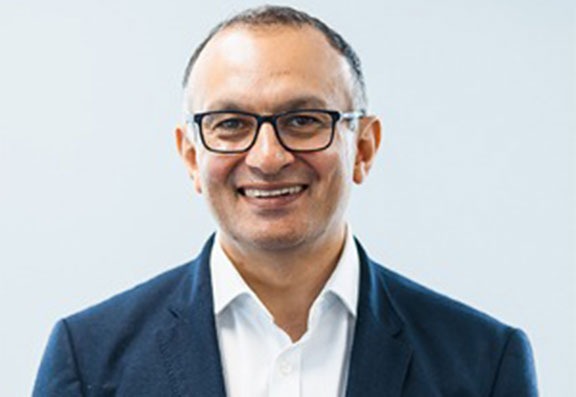 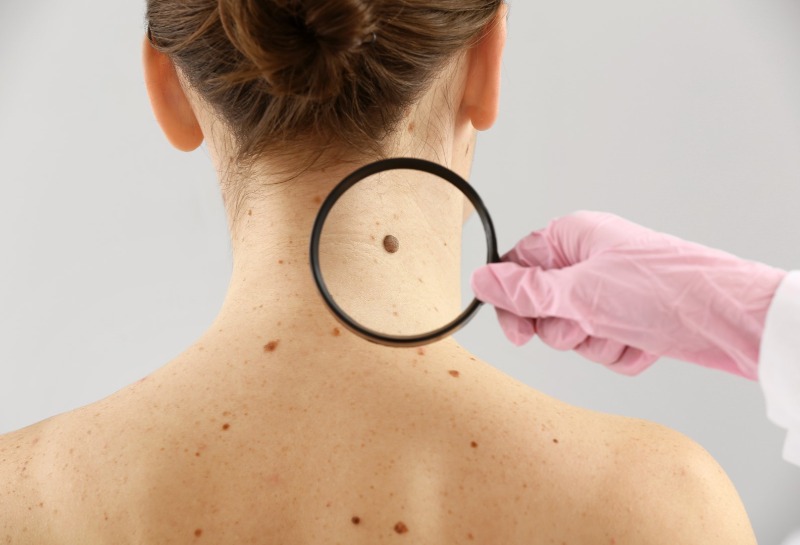 How to Do a Self-Check for Moles

Spotting unusual moles early gives the best opportunity for intervention and cure if any are identified. Here's how to perform a thorough self-check for moles. 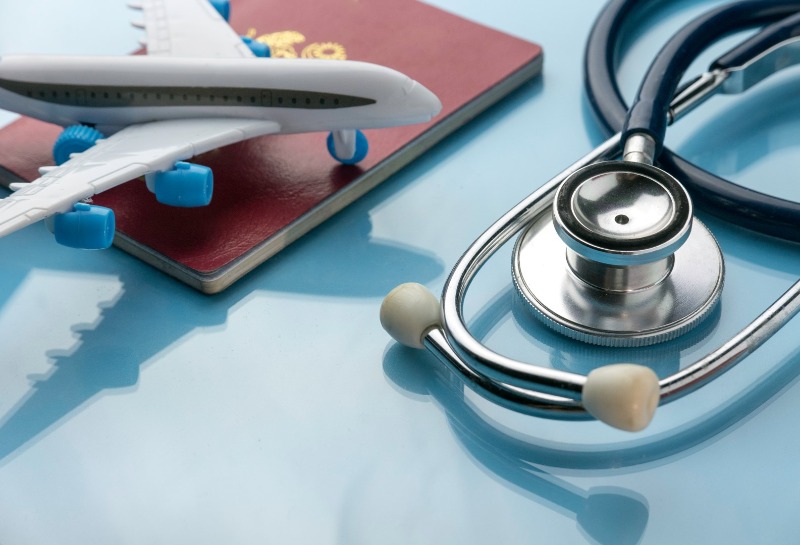 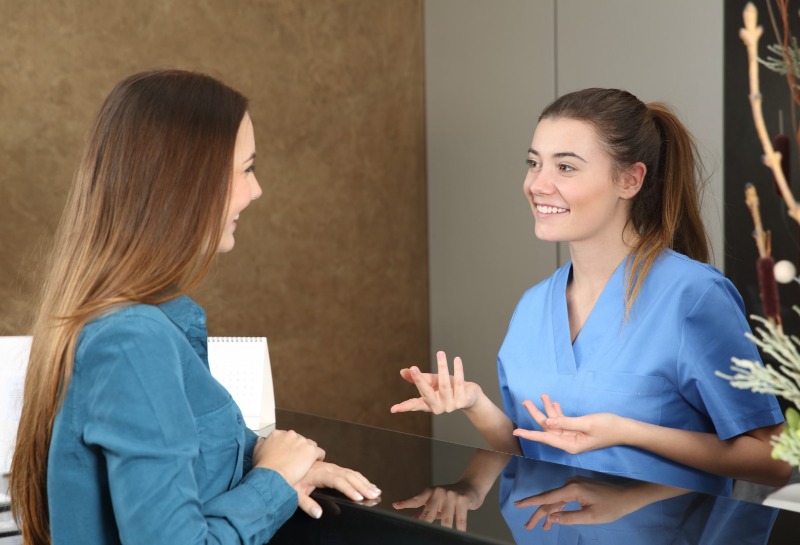