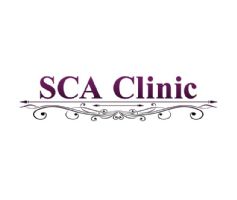 Botulinum toxin type A, know by the brand names Botox (Vistabel), Dysport (Azzalure) and Xeomin (Bocouture), is a naturally occurring protein produced by the bacterium clostridium botulinum. It is licensed as a prescription only medicine and can be used to treat wrinkles like frown lines and crow`s feet as well as hyperhidrosis or excessive sweating. As a prescription only medicine, it requires a face-to-face consultation to determine your suitability for treatment.

Click Here to view Clinics own information on Botulinum Toxin.

The use of chemical peels to soften and improve the appearance of skin dates back to the ancient Egyptians. Today, scientists have identified numerous forms of acid which can be used to treat skin.

Click Here to view Clinics own information on Chemical Peels.

Dermal fillers are made of various kinds of natural, man-made or synthetic materials that have been developed for injection into the skin and lips; including hyaluronic acid.

Click Here to view Clinics own information on Dermal Fillers.

Unlike dermal fillers which are aimed at mechanically filling wrinkles, folds and skin depressions, tissue stimulators are injectable products which cause a biological reaction in the tissue.

Medical Skin Needling, also referred to as Collagen Induction Therapy and Micro-Needling is aimed at stimulating the body’s own collagen production to reduce the appearance of fine lines and wrinkles.

Mesotherapy is a medical technique used for the treatment of cosmetic conditions, including skin rejuvenation and improvement, hair regrowth, localised fat reduction and as a treatment for cellulite.

Click Here to view Clinics own information on Mesotherapy.

Plasma Sublimation or Soft Surgery allows the treatments of the signs of ageing and skin complaints, without actually cutting the skin. It can be used for non-surgical eyelid reconstruction (blepharoplasty), removing lines around the mouth, improvement in the appearance scars and treating a number of skin imperfections.

Sclerotherapy was developed for treating varicose veins. Microsclerotherapy is a technique of injecting thread veins with a sclerosant that causes swelling in the vein’s wall which destroys it.

Click Here to view Clinics own information on Sclerotherapy and Microsclerotherapy.

There are many hundreds of different types of cosmeceutical skin care products on the market today that contain active ingredients and claim they can improve wrinkles and the appearance of ageing.

Click Here to view Clinics own information on Thread Lift.

Acne is a chronic inflammatory disease of the sebaceous hair follicles.

Cellulite is the name given to the lumpy, irregular fat deposits often found around the hips, buttocks and upper leg areas. There are many different treatments that have been claimed to reduce the appearance of cellulite.

Commonly concerns are focussed on changes in the skin and ones complexion that occur as we age. Skin specialists now believe that most of the changes that we see in our skin as we grow older are due to the sun (sometimes referred to as "photodamage").

The development of small crows feet, or shadows beneath the eyes (dark circles) can be the first signs that our skin is not as youthful and elastic as it once was.

Tear trough rejuvenation is a relatively new treatment that is used to improve the appearance of dark circles or dark hollows underneath the eyes which appear in some people.

The concept of facial skin tightening refers to cosmetic procedures which seek to cause contraction in the tissues to effectively tighten them up or which involve a lifting technique often accompanied by the removal of excess skin.

The signs of ageing on a person’s face start to show as early as the end of the second or the beginning of the third decade of a persons life. At first, fine lines start to form between the nose and the mouth, around the eyes and on the forehead.

Lip augmentation, volumising, shaping or enhancement is a cosmetic procedure which uses various materials to plump out and re-shape the lips.

Moles, warts, skin tags can be both upsetting to look at and cause social and psychological unease. Thankfully though, most growths are benign and harmless, and removal is often quick and simple with reassuring cosmetic results.

One of the most common forms of non-surgical face lift procedures is to use as combination of botulinum toxins and dermal fillers to plump out wrinkles and any volume lacking areas of skin on the face and provide lift, including the Nefertiti Lift.

Rosacea is a common chronic skin condition that tends to affect the face. Individuals with vascular rosacea, which tends to include symptoms such as flushing, redness and thread veins, can often be successfully treated with laser or IPL treatment.

Scarring can affect a person’s confidence and self-esteem, particularly when the scars are on the face. Depending on the type of scar and the way an individual heals there are a variety of options for improving the appearance of scarring.

Stretch Marks, known medically as Striae are lines or streaks on the skin, which can be pink, purple or white in colour (depending on their age), that occur when the inner skin layer is stretched thin and loses its elasticity.

In recent years aesthetic practitioners who study the outward signs of ageing on the face have been focussing on the loss of facial volume that occurs as many of us get older.

A variety of options, including using heat generating technologies such as light and electrical currents have been developed to treat thread veins, also called spider or broken veins.

Botox ®, botulinum toxin type A, was the first botulinum toxin to gain a cosmetic licence in the UK. It is a prescription-only medicine and is licensed to treat a variety of medical and cosmetic concerns, including certain wrinkles and excessive sweating. You will require a face-to-face consultation with a prescriber to determine your suitability for treatment.

Dermapen™ has the claim of being the original device that started the revolution in automated pen-like devices in the medical skin-needling world. It is used for a treatment referred to as medical skin needling, collagen induction therapy, percutaneous collagen induction, micro-needling or simply electronic dermarollering.

iS Clinical® is the exclusive, cosmeceutical skincare range created by INNOVATIVE SKINCARE which uses state of the art technology and pharmaceutical grade botanical ingredients to target and treat acne, hyperpigmentation, eczema, rosacea, as well as the signs of ageing.

Click Here to view Clinics own information on iS Clinical.

Sculptra (Formerly New-Fill) is a tissue stimulator and is used more as a sculpting and volumising agent rather than just a wrinkle filler. Sculptra contains Poly-L-lactic acid.

Skinade is marketed as providing better skin from within. It is a nutraceutical supplementation product, and more specifically a collagen drink, designed to give healthier and more youthful skin.