I went back into the NHS! - Dr Sophie Shotter describes her experience on the frontline of COVID-19

Before being a full-time cosmetic doctor, founder and medical director of Illuminate Skin & Wellness Clinics in Kent, Dr Sophie Shotter was an anaesthetist and intensive care doctor at various NHS hospitals in the county, a role she held until 2014.

“It wasn't that I fell out of love with anaesthetics and intensive care”, said Sophie. “It was more that I was working too much and looked for a side-line to give me a responsibility, so I said no to extra shifts and just fell in love with aesthetics.”

When the coronavirus (COVID-19) pandemic hit the UK in the spring of 2020, there really was only one option for her.

"I saw myself dying in ITU of COVID in my dream. But still, on balance, I knew I had to do it."

Still in touch with many of the people at Maidstone and Tunbridge Wells NHS Trust, Sophie picked up the telephone. Knowing that if she volunteered to go back to frontline NHS services, and as the situation increased in severity, she would potentially be doing some very long hours, logic dictated that she would prefer to be at her local hospital which was a five-minute walk away.

It all happened very quickly after that. “I contacted the boss of the department and I said, ‘Would you like me back?’”, Sophie recounted. “He said, ‘Yes, please.’, so we shut the clinics down on the Friday, by Tuesday I was in a COVID-19 training day and on the Thursday night I was on ITU.”

Asked whether it was a difficult decision to make, Dr Shotter said, “I spent a little bit of time mulling it over”.

She noted that she had been watching the situation with COVID-19 since January 2020 and could see where we were headed. Despite this, she explained that you still could not really prepare for it, even if you knew something big was coming. In the two weeks before deciding to go back to the NHS, Sophie started making some big decisions, both for her business and for herself.

“I knew, given the specific skill set that I have and the fact that intensive care was where people were needed, that if I were to sit back on my sofa doing business-related admin and watching television, I would feel really guilty. But I did have a lot of wobbles”, she explained.

After speaking to a friend who is a consultant anaesthetist at one of the big London hospitals, she revealed that the message she got back terrified her. “They were saying, ‘don’t’ do this’, ‘it’s not safe’ and told me horror stories about what was happening with the PPE.”

Sophie admits to sleepless nights and bad dreams. “I saw myself dying in ITU of COVID in my dream. But still, on balance, I knew I had to do it”, she said. “When I got back there, I was fine, but probably a week to ten days beforehand, I was thinking, ‘Oh my God, I'm a sacrificial lamb’.”

In anticipation that the experience might have an effect on her mental health, particularly as harrowing stories of the difficult choices medics were having to make began to appear from Italy’s experience, Dr Shotter lined up a counsellor in case she needed support.

Thankfully, as she noted, it never got to that point, although she had to make tough decisions that she had never had to face before in her career and admits to tearful days. “I've never had to put ‘do not resuscitate’ orders on 42-year-olds who were previously fit and well. He survived thankfully. Plus, looking after a nurse from one of the wards who many of the team knew. That is not every day for any of us.”

Remembering her time in intensive care, Dr Shotter explained how staff are used to dealing with very sick people, and of course death, and difficult decisions in an intensive care department, but that usually you have patients with a mixture of stories as to why they are there. This was vastly different because every single patient had the same, albeit with small variations. This made it a very strange environment.
Similarly, although intensive care is not necessarily a pleasant place to be, it's normally a place where people are surrounded by family and loved ones, and doctors and other staff have a lot of contact with families, talking to them, explaining things to them, but here families weren't allowed in, not routinely.

Sophie explained how they were telling people good and bad news over the telephone but were able to accommodate some families at the end of life. Many families chose to stay away however, even if the team had found a way to do it, for fear of their own safety. Sophie recalls finding that very strange and not at all easy to grapple with.

Sophie has high praise for the NHS during this period. “It (the NHS) did cope except for maybe a couple of London hospitals that reached close to breaking point. But outside of London, we never got close to our forecasted possibility. We were still well over capacity, but the systems they had put in place meant we coped very well”, she noted.

“The anaesthetic and intensive care consultants were put on a far more intense work rate, doing resident night shifts, which some of them haven't done for 15 years”, she recalled.

“We were all on the same rota so there were far more bodies around the department. Even for me, I haven't done a night shift in six years. I found that tough, but we all rallied together and pulled together, through the highs and the lows, there were some really difficult things, but we all had each other for support.”

"My biggest stress was, ‘how am I going to get seven people and seven mortgages through this?’"

During this period, Sophie could be found doing daily Instagram and Facebook stories recounting her shifts and keeping her audience abreast of events. It started from a desire to provide education, information on what was going on, importantly without scaremongering, but also to provide some entertainment as events unfolded.

“It also gave me a purpose”, Sophie reflected. “I did it for nearly three months and it gave me a bit of structure to my life. I was working often 60-hour weeks, running my business on top of that, what was still going of it, so it was full on. I live on my own, which I normally love, but it gave me a social purpose as well.”

Summing up Dr Shotter reflected that she felt that she had coped well, mentally, with returning to the NHS during this unprecedented time, but that the biggest stresses for her were business-related before the Chancellor, Rishi Sunak announced financial support. “My biggest stress was, ‘how am I going to get seven people and seven mortgages through this?’ Because that's what I was determined to do, somehow.” 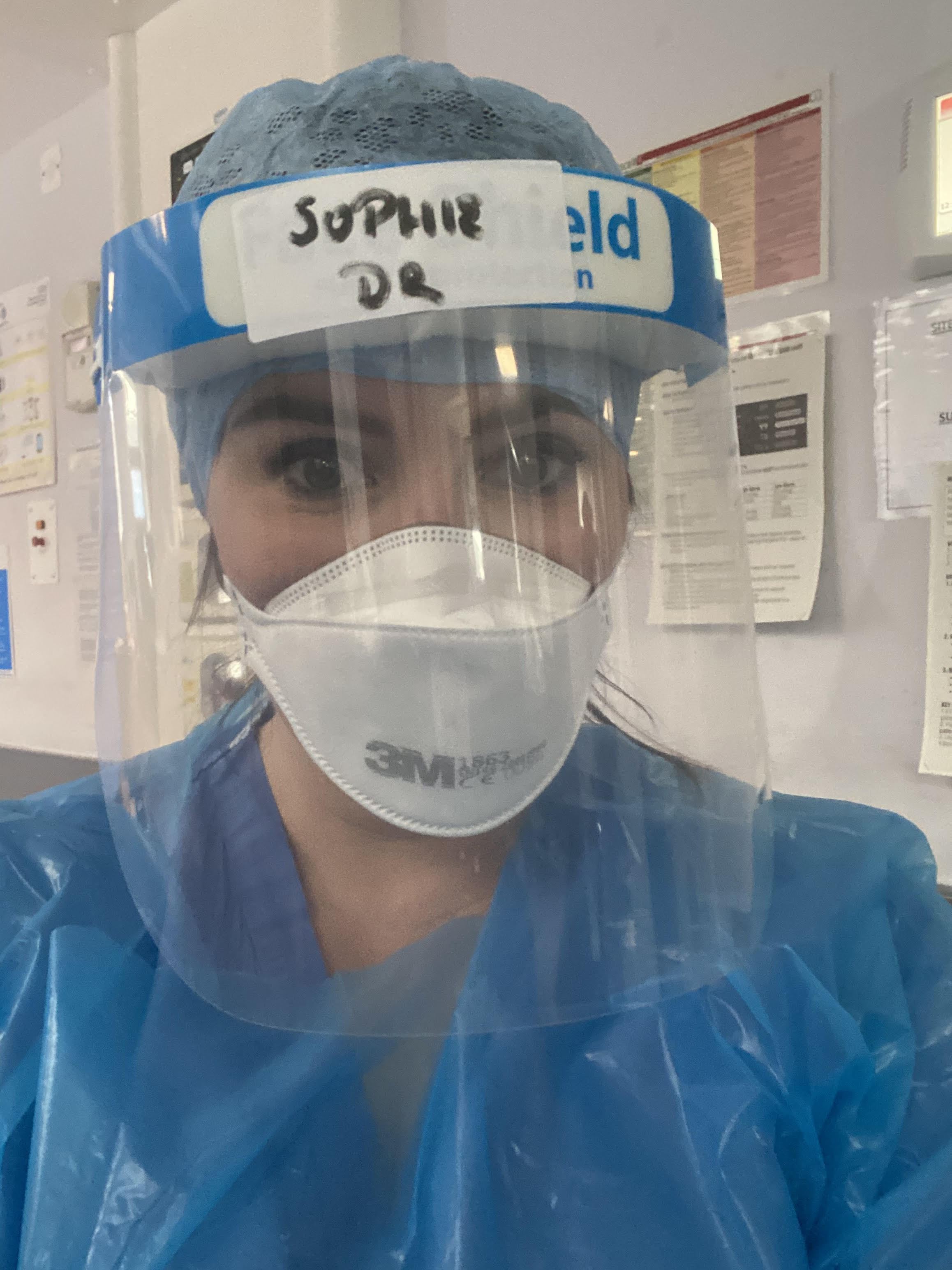 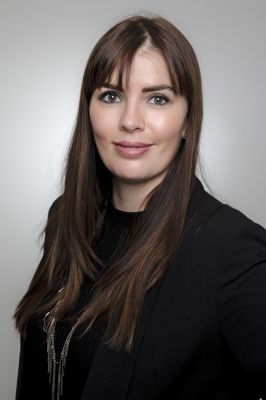 Dr Sophie Shotter is the founder and medical director of Illuminate Skin Clinic in Kent. Dr Shotter opened this premium clinic four years ago with a vision of delivering a selection of the best holistic services that blend aesthetics with wellness, teamed with an unrivalled patient consultation protocol.

Dr Sophie is a graduate of Leeds University, where she qualified with an MBChB and BSc Hons in Genetics in Relation to Medicine. She then spent 6 years working in the NHS, 4 of which were in anaesthetics, before leaving to set up Illuminate.

Dr Sophie is a Full Member of the British College of Aesthetic Medicine, a member of ACE and is registered with the General Medical Council (number 7015410). She is a key opinion leader for Aesthetic Source, Skin Tech and Venus Concept and has recently been invited by Allergan onto their highly regarded mentorship scheme. Dr Sophie works as a consultant for other UK clinics and businesses and is often asked to speak at leading UK industry conferences including CCR and ACE.

As the clinic’s Medical Director she delivers or oversees all treatments herself, taking great personal interest in each of her clients, their conditions and their objectives. She is passionate about providing the most advanced and effective treatments to deliver the best possible results and bring clients’ smiles back. She is also responsible for the strategic direction of the business, as well as for product sourcing and development, PR and marketing and for ensuring excellence in customer care across the whole business.

Today, the clinic offers popular aesthetic treatments such as Injectables, Threads, PRP, Mesotherapy and Peels, alongside body treatments such as fat-reduction by CoolSculpting and wellness treatments that include, Bio-identical Hormone Replacement Therapy, Intravenous Vitamin Infusions and Prolon Fasting Mimicking Diet. Dr Shotter has also hand-picked her product partners and offers skincare regimes by NeoStrata, skinbetter SCIENCE and Obagi to name a few.