The beauty trade-off: Would you trade a year of your life to acheive your ideal weight?

It was way back in the late 16th century that the tale of Faust emerged – the legend tells the story of a scholar who strikes a deal with the devil and exchanges his soul in return for unlimited knowledge and worldly pleasures.

However, it was earlier this year that The Succeed Foundation, a charity specialising in eating disorders, conducted research into the importance female university students place on appearances and in a modern day Faustian tale, discovered that 30% of women would trade at least one year of their life to achieve their ideal body weight and shape.

Furthermore, of all the students polled 10% would trade 2-5 years of their life, 2% would trade 6-10 years and 1% would trade 21 years or more to achieve their perfect body weight and shape.

Whilst comic images of back room deals with the Grim Reaper immediately spring to mind, these stats depict a shocking insight into society’s view of beauty in the 21st century.

What about those who want to theoretically make the beauty-swap but want to cherish their golden years and don’t fancy losing a few years for a perkier bum? Well Dr Phillippa Diedrichs, who conducted the study, was also curious about what students were willing to trade and discovered that 26% were willing to lose one, or more, of the following:

Perhaps we can gain a little reassurance with the fact that only 6% would sacrifice their intelligence and education in the pursuit of perfection. I can perhaps understand the 13% who said £5000 from their annual salary as the cost of cosmetic surgery, spa treatments, beauty products and cosmetics can add up to thousands of pounds over a lifetime, BUT what about the 7% who said they would trade their health? Surely the gift of a perfect outer body is worthless if you’re confined to a hospital bed? Health isn’t a very specific term and obviously the trade-off of beauty in return for the common cold is a little easier to understand than say, suddenly developing a debilitating, crippling and disfiguring disease but nevertheless, the students willingness to trade inner for outer beauty is something that quite frankly baffles me!

So are the next generation a bunch of shallow, self-obsessed, beauty seeking perfectionists?

Although, body dissatisfaction is clearly an issue amongst the literati of the 21st century, 1 in 2 women wanted to redirect the focus away from perfect idealism and believed that more should be done to promote a health body image in Universities. The lack of emphasis in society on a healthy body over a beautiful body perhaps accounts for the 46% of students who had been ridiculed or bullied due to imperfections in their appearance and the 5% who had already undergone cosmetic surgery.

The misrepresentation of idealised body images compared to healthy body images is clear to see in the fact that 79% said they would like to lose weight, despite the comments made by researches that the majority of respondents were either of average weight or underweight for their age group. Only 3% of these women said they would like to gain weight. Furthermore, 93% said had had negative thoughts about their bodies over the past week; 31% admitting they had several negative thoughts per day.

Other interesting statistics the research unearthed was that 39% of those polled said the only thing holding them back from cosmetic intervention was the issue of money, of these 39%, 76% wanted multiple surgeries. 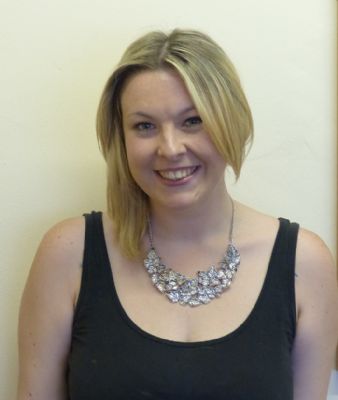 Danielle combines her knowledge of digital media and PR to deliver bespoke marketing strategies to clinics and suppliers, focusing on getting the key message to the right clientele.