Love them or hate them, few things polarize opinion quite like tattoos. With tattoo parlours springing up on every corner, body art is on the increase and tattoos are no longer relegated to the perceived fringes of society. Despite the increase (and apparent acceptance) of tattoos, whilst it is generally agreed that having body art alone has no bearing on someone’s ability to do the job in hand, a large percentage of my laser tattoo removal clients are having treatment in order to secure their dream job.

Research (1) conducted in 2013 by Dr Andrew Timming of St Andrew's University School of Management corroborates these findings. His research concluded that irrespective of the job seeker’s qualifications, employers discounted applicants sporting tattoos for fear of the negative impact on their clients, not to mention their corporate image.

An expert in the field of employee selection, Dr. Timming is particularly interested in how variations in physical appearance influence someone’s chances of employment. He interviewed a total of 14 organisations, in order to gain a broad view of their opinions as employers, on tattoos. These included a bookshop, prison, university and a bank. The managers interviewed ranged in age from 30 to 60 years old. Dr. Timming concluded that whilst he personally had no issue with body art, "most respondents agreed that visible tattoos are a stigma." One manager stated that "they make a person look dirty" and another admitted "subconsciously, that would stop me from employing them." Even managers who have no objection to tattoos admitted they would be reluctant to offer a tattooed applicant a position, for fear of the negative impact on their clients. Dr. Timming concluded, "Hiring managers realise that, ultimately, it does not matter what they think of tattoos. What really matters, instead, is how customers might perceive employees with visible tattoos."

Two years on and not much has changed. Laser tattoo removal has increased dramatically at my laser clinic in Bournemouth. A large percentage of these clients are claiming that the reason behind removing their body art is so that they can get their dream job. Alice* was told outright by one of the middle eastern airlines that she was refused a position as air cabin crew due to the tattoo on her neck and whilst British Airways were not so overt, she nevertheless felt that she was turned down due to her tattoo. Brian* was unable to secure his ideal job on a super yacht due to the four tattoos he has on his feet. Given that Brian* would be spending the vast majority of the day barefoot, his dream job in the Bahamas is on hold for two years whilst he undergoes laser tattoo removal.

For some jobs however, Dr. Timmings’ research found that tattoos were advantageous. An HR Manager at a prison stated that tattoos “could be something to talk about” and therefore improve guard – prisoner relations.

If being a prison guard isn’t quite your bag however, tattoo enthusiasts can take comfort in the knowledge that with 1 in 5 people in the UK now having a tattoo, (according to a survey of 1,000 adults by Ask Jeeves in 2010), things in the future are bound to change. As Dr. Timmings points out, “…the stigma associated with body art appears to be on the wane and that, as a corollary, there will likely be an increase in the number of potentially sympathetic tattooed hiring managers."

Tattoo colour and body location should be carefully thought out before getting body art. Laser tattoo removal is not pain-free and can take several months, to a couple of years to remove successfully.

My advice? ‘Think before you ink’.

* Client names have been changed for client confidentiality purposes.

(1) Visible tattoos in the service sector: a new challenge to recruitment and selection 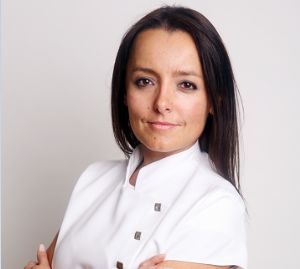 Kerry is a qualified Laser technician and Laser & IPL trainer. She has obtained the nationally recognized BTEC Laser & Light Award and then went on to complete the Advanced Skin Laser Applications Award from the University of Manchester.

In addition to performing laser treatments in clinic, Kerry also delivers Laser & IPL training all over the UK and the Channel Islands and has trained dermatologists, GPs and clinicians alike in the use of Lasers and IPL.